Drive Me has the new Porsche 911 Carrera Cabrio 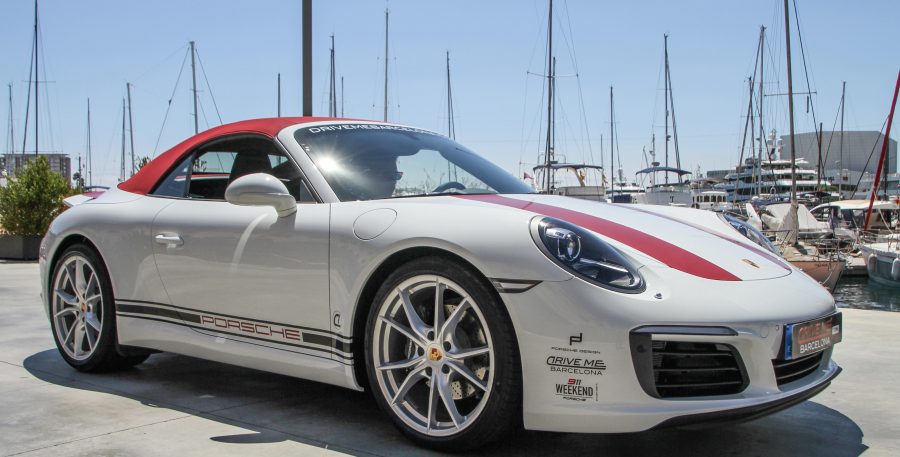 Drive Me has the new Porsche 911 Carrera Cabrio

Drive the new Porsche 911, why… because it is awesome!

Class, quality, luxury and style. A combination of all these and much more is what you get when talking about the Porsche 911 and rightly so as you would not expect anything else from the Porsche 911 manufacturers.  The Porsche 911 is no stranger to change; it has been restyled, it has constantly evolved during the past 50 years and to some extent its ongoing improvements are what makes it such an iconic sports car.

The Porsche 911 is one of the best and arguably, it keeps getting better. It is an icon for a reason and from the handling to the sound to the beautifully designed cabin; there is much to fall in love with but what is new? The Porsche 911 gets a smaller engine and will sprout a pair of turbochargers. This is set to improve performance and emissions. Also, power and torque will increase significantly with the benefit of lower fuel consumption; the Carrera’s combined average is 38.2mpg and the Carrera S’s average at 36.7mpg.

Now we know the 911s are rapid but exactly how fast is the new generation? The Carrera can do 0-62mph in 4.6 seconds while the Carrera S dips lower to a 3.9 seconds with top speeds reaching 183mph and 191mph respectively. Additionally although not the most popular, the seven-speed PDK manual box adds to the enjoyment of driving this new generation of 911.

The Porsche 911 Carrera (350bhp) and Carrera S (414bhp) will have 20 horses more than their predecessors and both have the same capacity (from 1700-5000rpm) although the Carrera S’s derives its extra power from modified turbos and a tuned engine. 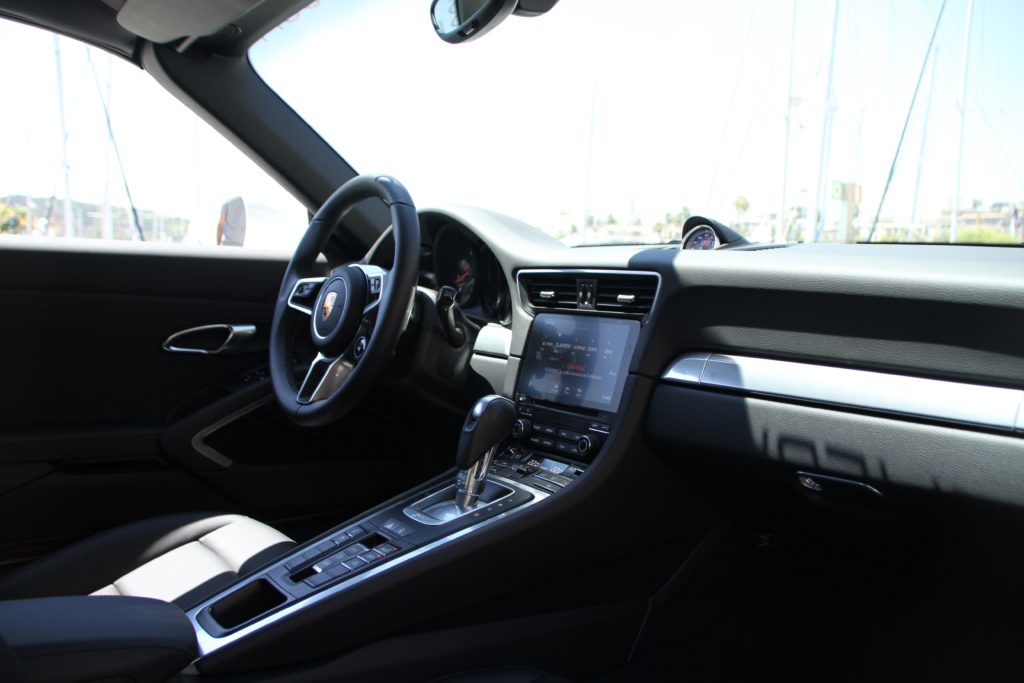 As for the new toys inside, the new car is equipped with leather seats, sat-nav/ GPS, colour touch-screen, dual zone climate control, bi-xenon headlamps, and anti-theft tracking package. It even comes with significant upgrades that will appeal to most. It has Apple CarPlay compatibility, an iPad –style swiping on the touch-screen, voice control as well as cloud connectivity; undoubtedly a must for some of us in today’s tech world. 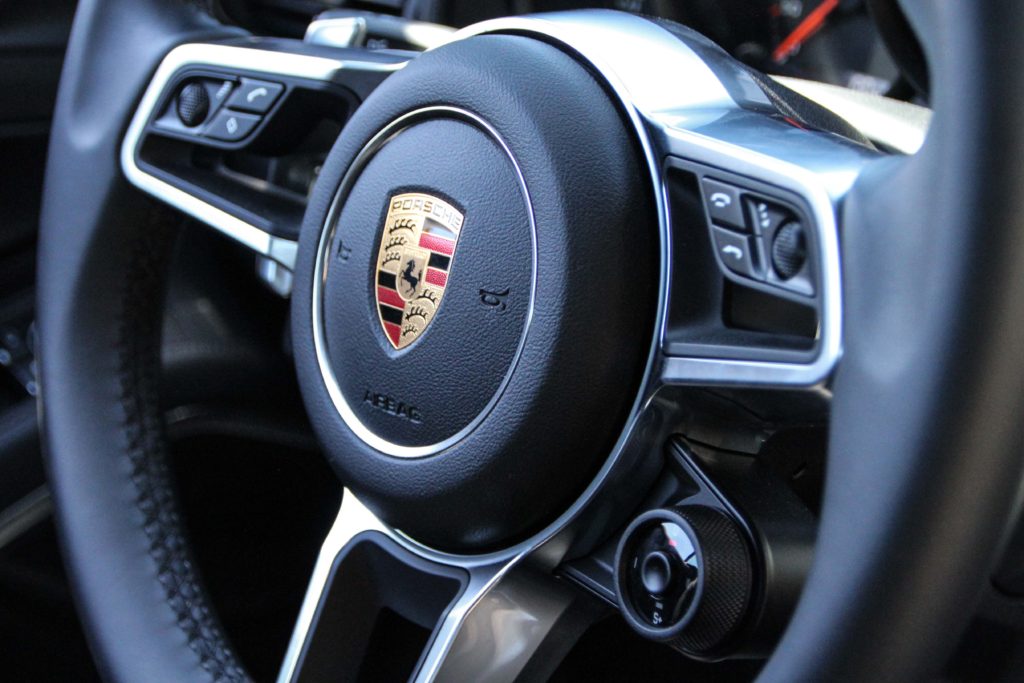 Additionally, the new steering wheel has a driving mode switch much like that on newer Ferraris. You will find you can choose various settings from Normal, Sport, Sport Plus and Individual. This lets the driver choose and customise the car’s parameters and handling which depending on the driver, this adds to the fun of its incredibly fast throttle response. However, the four-wheel steering tightens the running circle at low speeds and debatably so, on the right road and under the right conditions this new 911 can be brilliant. 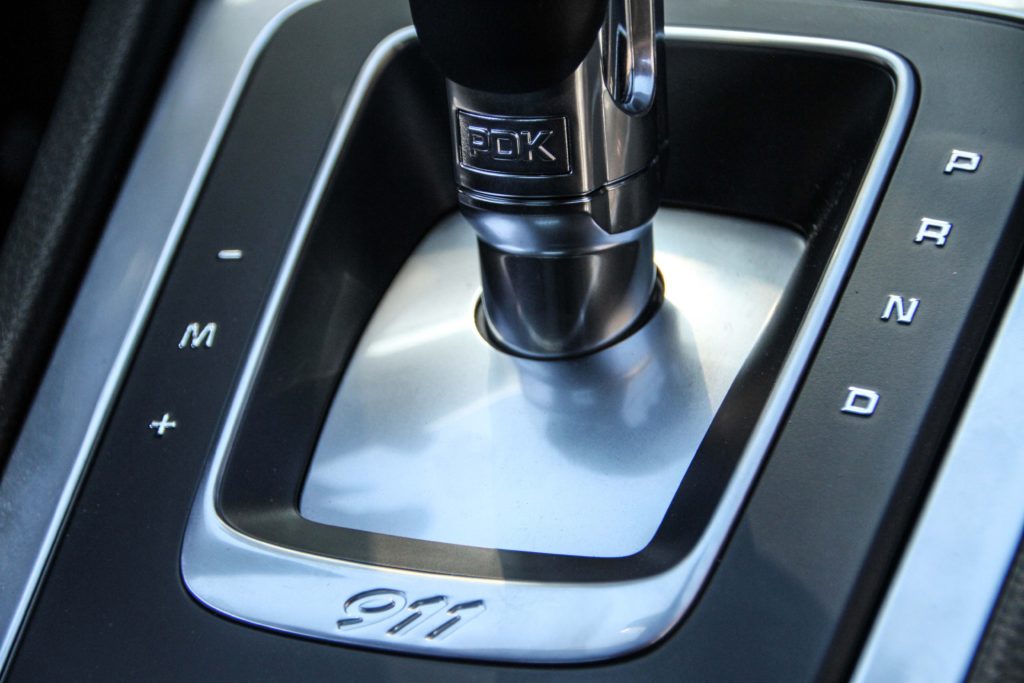 52 years and counting, the 911 leaves little room to not be impressed with its new generation. Some might considered the all-turbo range to be a little of their reach with performance figures resembling fully blown supercars. However, this new turbo addition comes with improved efficiency both in power and emissions in mind, particularly in the wake of the VW emissions scandal as emissions and CO2 become a constant topic.

The Porsche 911 has been a legend since 1963 and some of us might regret how far the new models have surpassed the more simpler ‘old-school’ Porsche 911. Nevertheless, now turbocharged, the Porsche 911 remains an iconic sports car and it remains an incredibly fast machine.

Additionally, the best news is that you don’t need to splash out too much money and still be able to enjoy this incredible car. With Drive Me Barcelona, we give you an opportunity to not only enjoy a driving experience in a Porsche 911 but also experience the city of Barcelona and surrounding areas in a whole new way. With our Porsche 911 Carrera you have a wide option of routes available for you to experience.

These options include driving tours and  experiences of Montserrat, Sitges, Penedés wine region as well as hourly, half day and full day rental. For more info click  here. 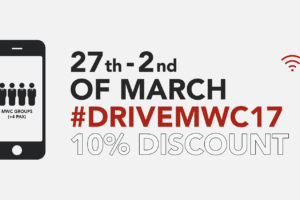 2017 Mobile World Congress with Drive Me Barcelona It is[...]