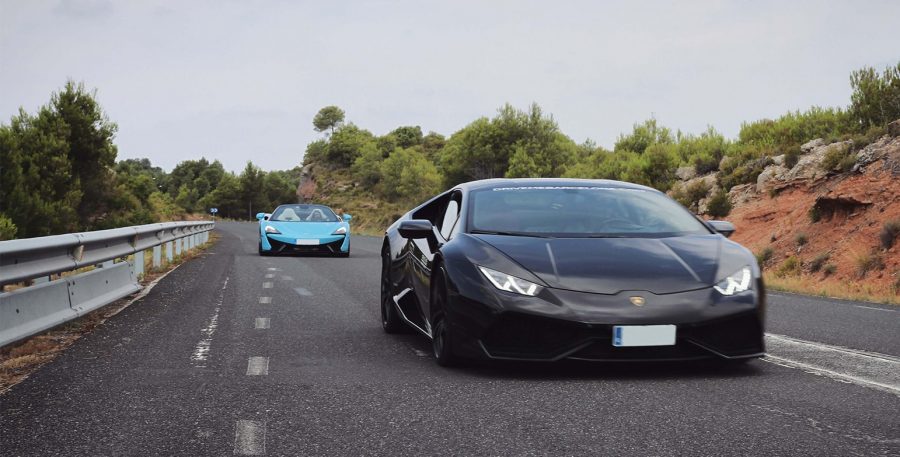 Cars are our passion, you already know that. We love every single detail about them, and almost every model (come on, no one can really love a Fiat Multipla, give us a break). We like to be ahead of the game and keep our finger on the pulsa with the latest and greatest. That´s why when we were asked to help the German Automotive TV show GRIP to review the new Mclaren 570s, we jumped at the chance.

“GRIP – das Motormagazin” is the best car TV show in Germany. They test cars, put them on the road, circuit, and make reviews about them to all public, in a way that makes the topic interesting to all publics, from petrolheads to people not much into cars.

It’s hosted by Det Müller, Helge Thomsen, Jens Kuck, Matthias Malmedie, Niki Schelle and last but not least important, Cindy Allemann, who stayed with us all the time!

The experience was great, the TV crew were amazing and really professional and the car was exquisite!!

Our head of operations David Franco, was chosen to support the test drive. Quadrilingual (jealous!) David was able to conduct the entire interview in German, providing a more authentic review of the car for the German market. 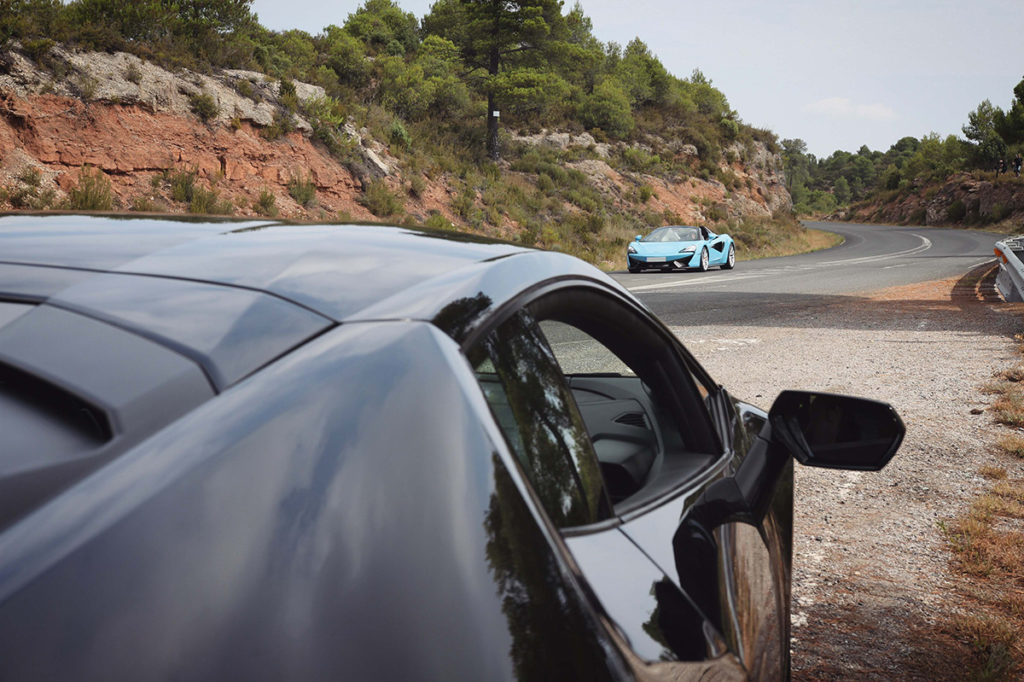 Now over to David…

“ It is difficult to chose where to start from… It is an amazing car and there’s so much to say… But well, I will start with the body work. Like most beautiful things, the exterior is what attracts you first and turns your head!

Aesthetically it is beautiful, Mclaren has worked on every aspect. The car headlights have the shape of the brand logo both on the front and the back. The doors are butterfly doors which give a fantastically sophisticated look to the car.

The aerodynamics of the car work really well, it’s shape forces the car to stay slicked to the road. Providing you with a great feeling every single second the car moves, and anyone who loves to drive will appreciate this sensation.

When it comes to the inside of the car, the first impression I got was that it was a bit small when it comes to height… I believe that a 1,90 – 1,95 cm (6.2ft – 6.3ft) person would have some real trouble fitting inside, when it’s not in convertible mode. On the other hand, the actual space of the interior has improved, the car is suitable to make a long trips with 2 people comfortably seated in it’s leather seats, but if you are a taller than the average person then I would recommended to use the convertible mode in order to fit comfortably!

The materials that have been used are excellent, the details are really good but for my taste the transmission system might be a bit complicated. For example, Nissan learned this with the Nissan GT-R 2016 and fixed it with the 2017 model, Mclaren on the other hand keeps having the same buttons that the MP4 12C had, which is a much older version. The dashboard is also complicated, not really intuitive and that might bother you since what you want is to enjoy the car and not lose time on technical things.

The trunk is a good size, keeping in mind that it’s a supercar, not suitable for a family’s vacations luggage but enough for 1 or 2 people´s suitcases. Perfect for a weekend getaway driving around the Pyrenees.

About the functionality of the car I found it pretty intuitive, just the opposite of the dashboard. Everything is very visual and easy to find and work with. The suspension is great, as I said the car keeps you attached to the road and the feeling of driving is second to none on a decent road. Also the handling is amazing and it’s super easy to drive, something that some supercars don’t have and it’s important to not think just about the car but also the driver, and with that Mclaren has made a good job. 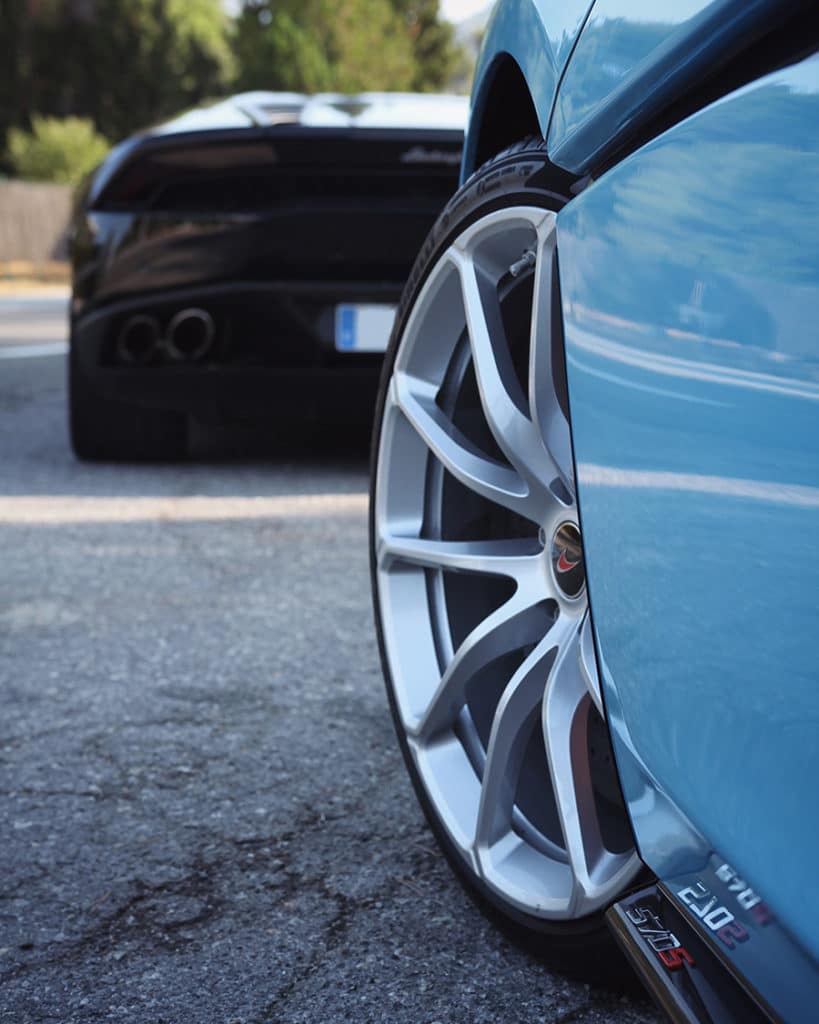 The breaks are ceramic, they need to warm-up before being used properly, so avoid abusing them before the car has hit the road for a while.

The accelerator pedal is a bit hard at the beginning also, but at 2000 rpm you feel it more real, like you are gaining more power over it, but at low rpm it doesn’t have too much sensation.

On short curves it works great, but in long ones I felt that it lacked some potency and it’s due to the fact that the turbo only starts working at a high rpm.

The gear shifting works really well, it switches almost instantly. It’s a car that delivers its power in a great way, if you want it to go slower it respects it and when you want it to run it runs. Some cars need to go really fast and tend to ask for more, the Mclaren respects what the driver wants.

Honestly, for a convertible it is a very good car. Usually cars of similar conditions have a price around 300.000 – 350.000 euros , the Mclaren costs 208.000 euros. I think it is a great car for this price, although keeping in mind that the 720s costs only 88.000 euros more being also way cheaper than cars of the same level such as the Lamborghini Aventador or the Ferrari F40, I would go with the older brother, the 720s. The difference in specs covers enough to pay the difference and level up in the supercar scale.

The only things I think they should be improved are:

Despite all this, I think it’s a really good car and really appreciate the chance to drive it and enjoy it., Mclaren has made two awesome cars.

A special thank you goes to Cindy Alleman, current TV presenter of the GRIP tv show and former professional racing car driver who stayed with me the whole way. Cindy being a professional racer was able to truly test the car and I was in awe of her skills, her handling and use of the car was extraordinary. It was a pleasure to be able to sit along side her and help her review the car.

Let’s just say I much preferred being behind the wheel then behind the camera but sometimes sacrifices have to be made in order to do the things you love. I hope I did not let the Drive Me team down with my performance!”

Till next time! Thank you David Franco

We tested it with our Lamborghini Huracán besides it and even though nothing can stand our big boy, the Mclaren offered a good contest.

Don’t forget to checkout our full fleet of cars.

Stay in touch for more and drive save! 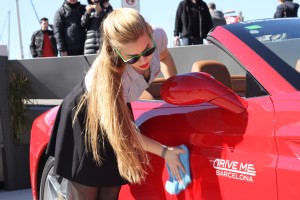 Drive Me into Spring with your Luxury Supercars

You recently purchased the car of your dreams, you can[...] 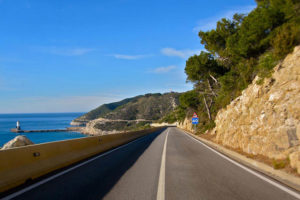 The perfect time is here. September in Catalunya has the[...] 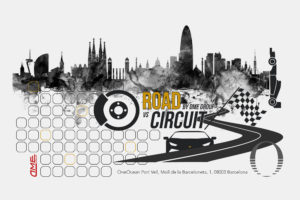 Road VS Circuit – The Ultimate Showdown To coincide with[...]